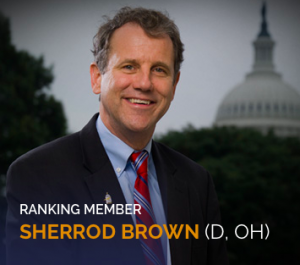 Senator Sherrod Brown – Opening Statement
Hearing: “The Status of the Housing Finance System After Nine Years of Conservatorship”
May 11, 2017

Thank you, Chairman Crapo, for calling this hearing and for establishing a bipartisan Committee process by which we can consider the conservatorship of the government-backed mortgage companies.

Since the beginning of the year, there have been several articles claiming that housing finance reform is easy – some calling it an easy win for the Trump Administration.

As the Chairman and any of us who were on the Committee in 2013 and 2014 know, restructuring a fifth of the economy is far from easy.  However, that does not mean we should avoid considering how the housing market could operate better and how we can prevent emergency government – and taxpayer – intervention in financial markets in the future.

Currently, an agreement between Treasury and Federal Housing Finance Agency requires the government-sponsored enterprises, or GSEs, to reduce their capital cushions each year until the reserves reach zero on January 1, 2018. At that point, the GSEs will be prohibited from retaining any capital at the end of each following quarter. This despite the fact that the companies back more than $5 trillion in the mortgage market.

Director Watt has been raising his concerns about dangers of the capital levels at the GSEs for some time.

We should also remember that he was one of the first members of the House of Representatives to warn about predatory lending prior to the housing crisis.

Unlike those warnings about predatory lending, which the Administration largely ignored at the time, I am hopeful that we can protect taxpayers from what is an avoidable situation created by an agreement entirely within the executive branch.

Some argue that any adjustment to the retained capital levels is the equivalent of supporting a return to the old structures of the GSEs.  As arguments go, this is a straw man.  There is no reason we cannot protect taxpayers and homeowners.  Protecting taxpayers in the near term should be a shared, bipartisan goal.

The Committee should continue its work examining the gaps in the housing market that the housing crisis exposed: the originate-to-distribute model of certain lenders; exotic products that put even prime borrowers at risk; private label securities that were not backed by the GSEs and lacked standardized terms and responsibilities for trustees; and a near complete breakdown in mortgage servicing and the ability of monoline mortgage insurers to fulfill their commitments.

The GSEs certainly made mistakes, too: chasing the market to purchase PLS, providing pricing discounts to lenders based on volume, and using pricing advantages to achieve shareholder gains rather than passing those benefits on to borrowers in, or lenders that served, underserved communities.

The GSEs’ mission is to provide a stable, liquid, national mortgage market including in rural, underserved, and low income communities—something we should all want in any housing finance system.

The affordable housing goals for single family and multifamily housing along with the Duty To Serve Rule are key tools to continue prioritizing affordable access and prudent experimentation to safely reach underserved borrowers.

Ultimately, the changes Congress makes will impact how expensive or affordable the 30-year, fixed-rate mortgage will be in the future and who has access to it.  Our decisions here will impact how easily and quickly a growing family could sell their current home and buy a larger one.

Our decisions will impact which lenders have access to the system and whether a homebuyer can get a mortgage from the small community lender in their town.

These decisions are not just about back office operations or faraway capital markets, but will have a substantial impact on households across the country whether they are renters or homeowners.

Thank you, Director Watt, for joining us today as the Committee seeks to understand the current status of the GSEs and how we can move forward without harming homeowners and buyers or putting taxpayers at greater risk.

The DC Strategies Group was founded in 2010 and is led by Mike Chapman and Jeff Kramer. Combining decades of policy experience in the nation’s capital, Chapman and Kramer bring a unique perspective to public affairs advocacy that includes business development and communications expertise. DC Strategies represents corporations, non-profits, NGOs and individuals on a wide range of federal regulatory and legislative issues directly impacting them.
View all posts by DC Strategies →
This entry was posted in Uncategorized. Bookmark the permalink.