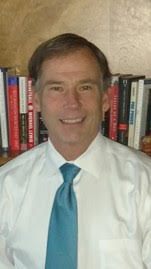 Jeff Kramer is a public affairs consultant with extensive policy, legislative and regulatory experience at the highest levels of government.  He has a strong ability to translate complex issues into easily understood and actionable causes and can manage the often-conflicting views of draft legislation and proposed regulation from the consumer and the business sides. He has an expertise in accessibility issues, and has created revenue opportunities by making products/services accessible to people with disabilities.

Over the years, first at AARP and then at Verizon, he has a proven track record of success in working with national legislative and regulatory bodies to help mold public policy to embrace the interests of business while recognizing the needs of the underserved. As an example, he led the coordination of an effort to draft legislation that terminated in the passage of the Communications and Video Accessibility Act (CVAA) which among other things required access to closed captions and user guides for television for the blind. He also served as a U.S. Non-Governmental Observer (NGO) at the United Nations and the Earth Summit during Global Climate Treaty negotiations while a lobbyist for the Edison Electric Institute.  He began his Washington, D.C. career in the office of Rep. Phil Crane (R-IL) before moving on to the Political Affairs office of the U.S. Chamber of Commerce.

Additionally, Jeff has a strong background in leading consumer advocacy campaigns where he balanced policy and politics to enhance the ability of private sector and not-for-profit organizations to comply with new regulations. While at AARP he spearheaded the effort to implement the National Do Not Call Registry. This entailed coordinating activities in the states, the business community, Congress, the Federal Trade Commission and the Federal Communications Commission. He has also coordinated campaigns on several policy issues like franchise reform and net neutrality that involved enlisting support from civic, minority, aging and disability groups and championed support for the U.N. Convention on the Rights of Persons with Disabilities within Verizon.

Jeff Kramer received his undergraduate degree from the University of Virginia, where he was selected to live on the Lawn, and his Juris Doctorate from the Antonin Scalia School of Law at George Mason University.