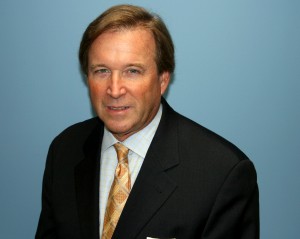 Roy DeLoach is a Washington, D.C. based attorney and lobbyist with more than 20 years of legislative and regulatory experience in the financial services sector and related industries. He has a particularly extensive background in a number of issues related to housing finance, including mortgage origination, loan servicing and secondary market transactions. In addition, DeLoach is expert on securities and Internet based financial transactions. He was instrumental in gaining an amendment to the Dodd-Frank Wall Street Reform and Consumer Protection Act to limit the potential negative consequences of the law on his client, a trade organization representing a major sector of the U.S. residential mortgage market. More recently, DeLoach played a key role in the passage of the JOBS Act and subsequent regulatory improvements to the statute.

DeLoach has strong working relationships with key members of the U.S. Senate Banking and House Financial Services Committees, as well as with officials inside such federal agencies as the Securities and Exchange Commission, Treasury Department, Federal Reserve Board, Bureau of Consumer Financial Protection, Federal Housing Finance Agency and the Department of Housing & Urban Development, among others. He also has deep working relationships with D.C. business groups, including all the major financial services trade associations, the U.S. Chamber of Commerce, and the two housing-related government sponsored enterprises, Fannie Mae and Freddie Mac.

DeLoach has served as chief executive officer of a major mortgage-related trade group. He also worked as a lobbyist for several national trade groups, including the National Association of Mortgage Brokers, National Association of Realtors and America’s Community Bankers, which is now a part of the American Bankers Association. He was an owner-investor in three dot-com ventures relating to residential loans, mortgage processing and residential property listings, and is considered an expert on new technologies and their impact on the financial markets and related businesses.

Earlier in his career, DeLoach worked at several federal agencies, including the Treasury and Labor Departments and the National Credit Union Administration. He was appointed to serve on HUD’s working group on Computerized Loan Origination Systems as well as HUD’s Negotiated Rulemaking Advisory Committee on Mortgage Broker Disclosure. He also was nominated to serve on the FTC’s Advisory Committee on Online Access and Security.